1. Preheat oven to 400°F. In a saucepan over medium heat, melt butter and add flour. Whisk to combine and allow to cook for a minute. While whisking, slowly add milk to the butter/flour mixture. Whisk until the milk is incorporated and thickens. Add cheese, salt, nutmeg, and pepper. Stir to combine. Remove from heat and set aside.
2. With a knife, slice the loaf of bread in the middle lengthwise forming two open halves. Next you can either slice each half in half again forming 4 large pieces to serve as a meal or keep it in two pieces creating two large “pizzas” to be sliced in strips after baking to serve as an appetizer. Place bread on a baking sheet and place in the oven. Bake for 5 minutes until lightly toasted.
3. Once the bread is toasted, spread the white cheese sauce on each slice of bread. On top of the sauce, add cheese, chicken, spinach, artichokes and top with an additional pinch of cheese. Place the baking sheet in the oven and set the oven to broil. Broil until the cheese has melted and turned golden, about 3 to 5 minutes. Remove from the oven and allow to cool slightly. Serve and be happy. *Eat whole, or slice and serve with your favorite marinara for dipping. 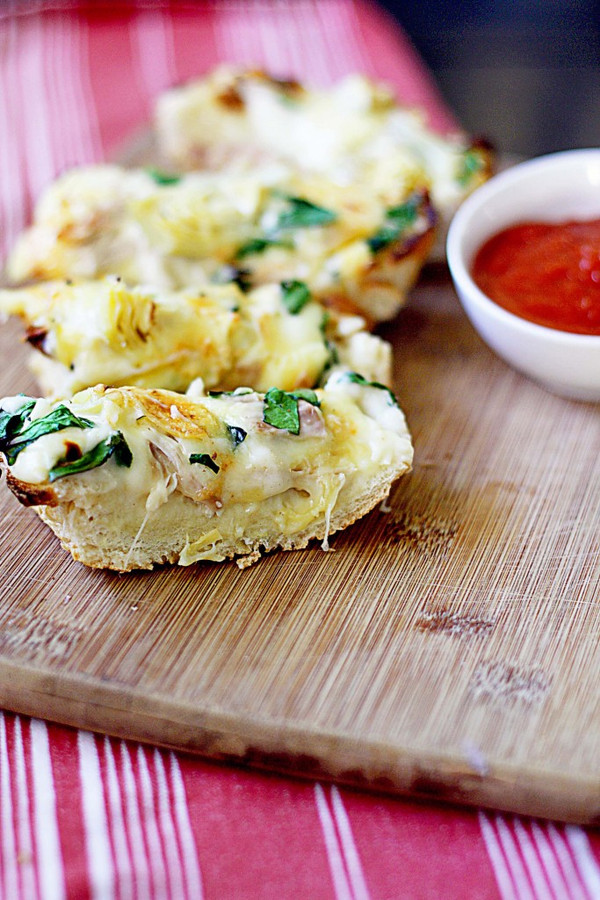 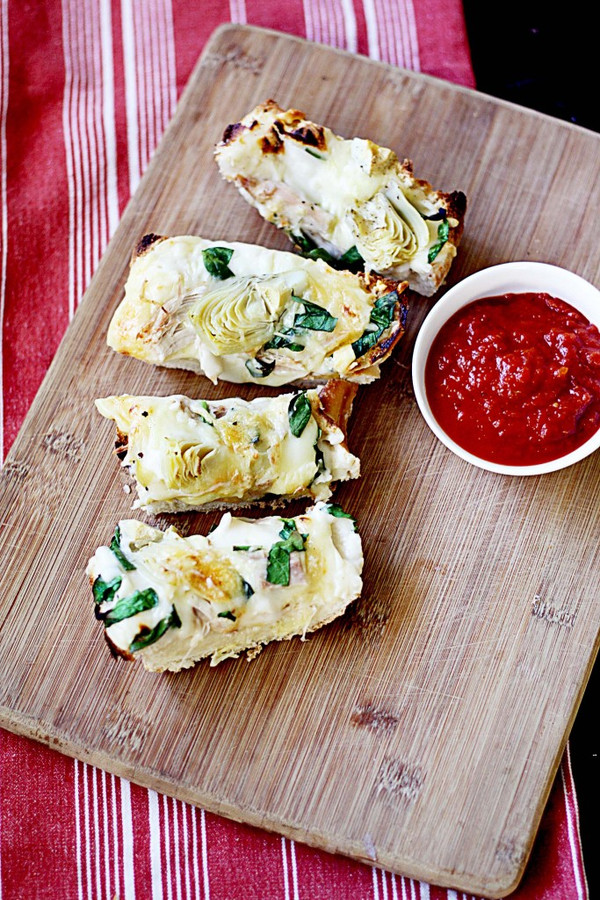