If you want to take this recipe up a notch, you can caramelize the onions while prepping the other ingredients. If you do that, double the amount of onion.

*To slice basil, chiffonade them by stacking the leaves on top of each other, roll them up like a cigar, starting at one end slice the "cigar" crosswise in thin slices.

1 Preheat your oven to 350°F. Pre-bake the pie shell in the oven for about 8 to 10 minutes (a little longer for a frozen pie shell), until lightly browned.

If you are using a homemade crust, freeze the crust first, then press a sheet of aluminum foil into the crust to keep the sides of the pie crust from falling down as it cooks. It helps to add some pie weights to hold the foil in place (I use several cups of dry pinto beans for this purpose). Pre-bake it for 15 minutes, then remove the foil and bake for 10 more minutes.

2 Lightly salt the chopped tomatoes and set them in a colander over a bowl to drain while you are pre-baking the crust. Squeeze as much moisture as you can out of the chopped tomatoes, using either paper towels, a clean dish towel, or a potato ricer.

3 Sprinkle a layer of chopped onion over the bottom of your pre-baked pie crust shell. Spread the drained chopped tomatoes over the onions. Sprinkle the sliced basil over the tomatoes.

4 In a medium bowl, mix together the grated cheese, mayonnaise, Tabasco, a sprinkling of  freshly ground black pepper. The mixture should be the consistency of a gooey snow ball. Spread the cheese mixture over the tomatoes.

5 Place in oven and bake until browned and bubbly, anywhere from 25 to 45 minutes. 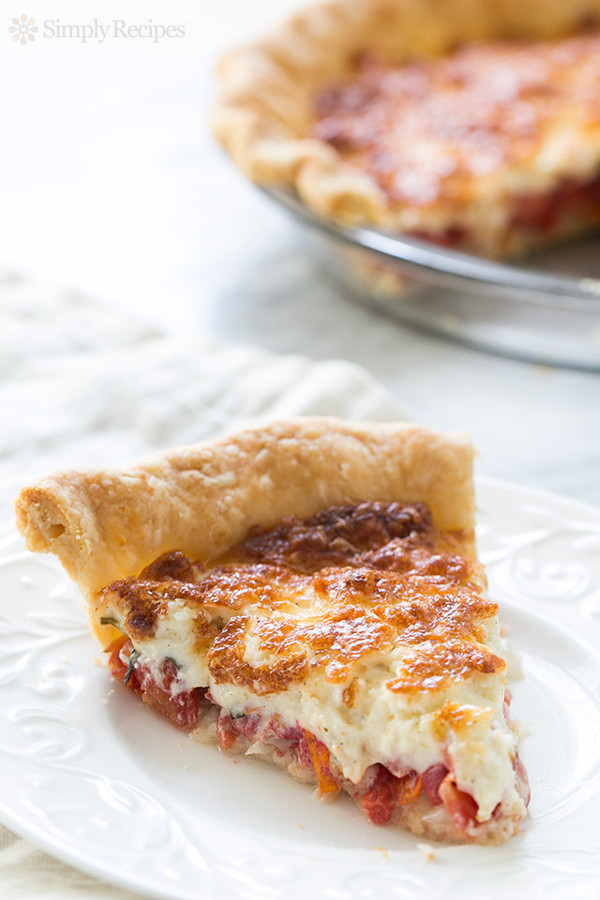 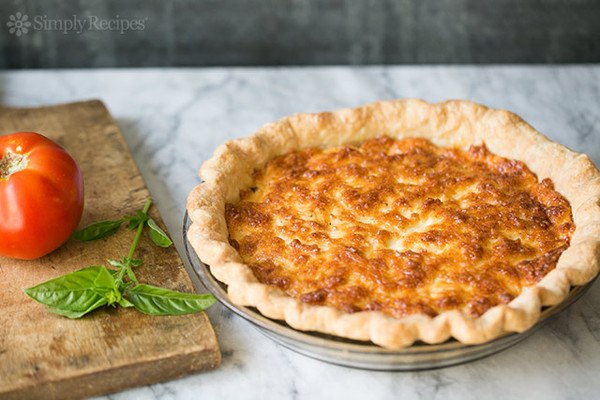