Marzipan originates from the Orient, where this almond-sugar delicacy was served at the sultan's table to crown the meal. This sweet speciality reached Spain and Portugal, and was introduced to Europe via the trading centre of Venice during the crusades. At the beginning of its history, marzipan was produced by pharmacists, and was reputed as being a medical cure well into the 18th century.

In the 14th century, marzipan became a dessert on the noblest dinner tables, and served as a luxury gift for the Empire's highest dignitaries. Following the discovery of the New World and the worldwide cultivation of sugar cane, Europe benefited from easier access to sugar than ever before. As a result, confectioners took over the production of marzipan.

Lubeck, Germany, is universally known for its superior chocolate-covered marzipan. We offer to all marzipan fans the ultimate delight- a shimmering red-wrapped bar of marzipan enrobed in chocolate. 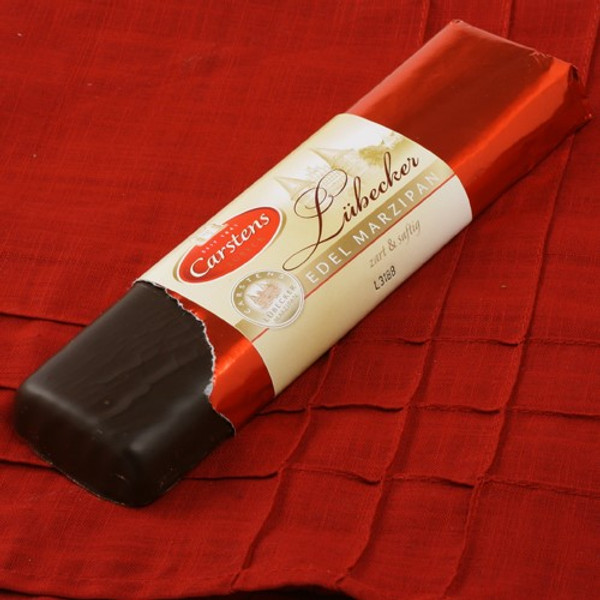